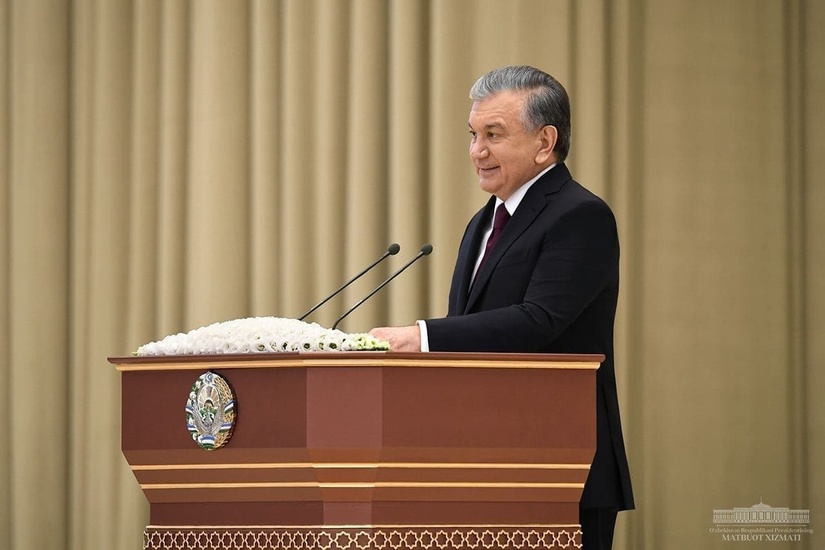 Another important issue raised in the President’s Message is to ensure high growth rates in upcoming years. As the President Shavkat Mirziyoyev emphasized, high economic growth requires diversification and production of new goods as well as progressing along the global value chain.

Another important issue raised in the President’s Message is to ensure high growth rates in upcoming years. As the President Shavkat Mirziyoyev emphasized, high economic growth requires diversification and production of new goods as well as progressing along the global value chain.

In this regard, in his message, the President outlined what needs to be done in 2021 so that the oil and gas industry, metallurgy, mechanical and electrical engineering, pharmaceuticals, production of construction materials, textile, leather and footwear industries become the “drivers” of national economy.

– 23 billion USD dollars will be invested into these sectors and 226 large industrial and infrastructure projects will be put into operation;

– The state participation in investment policy to be reduced and share of private and direct investment has to be increased;

– By 1 April next year, a list of promising clusters to be identified and a dedicated development programme to be adopted;

– Increase of production of industrial products in «processing mode on customs territory»;

– In the field of geology, 50 mines and promising areas will be sold to investors through auctions.

Speaking about promising areas of industrial policy, the President mentioned of the research of the Growth Lab at Harvard’s Center for International Development. This study is based on the “Theory of Economic Complexity” developed by Hausmann and Hidalgo. Observing the patterns of production in different countries, researchers created the “Index of Economic Complexity”. Besides, on the basis of this analysis, they can determine the further strategy of industrial policy of the countries based on its position in the matrix of production complexity. This position shows the ability of countries to produce sophisticated goods close to the country’s existing production capacity.

According to the Growth Lab data, Uzbekistan ranks as the 80th most complex country in the Economic Complexity Index ranking. For comparison, this is the best indicator among the Central Asian countries. Compared to a previous decade, Uzbekistan’s economy has become more complex, improving 9 positions in the ranking. Uzbekistan’s improving complexity has been driven by diversifying its exports. Moving forward, Uzbekistan is positioned to take advantage of a moderate number of opportunities to diversify its production using its existing know-how.

Given that economic complexity reflects the amount of know-how built into the production structure of an economy, there is a close relationship between complexity indicators and a country’s income. Uzbekistan is slightly more complex than expected for its income level. As a result, its economy is projected to grow moderately. The Growth Lab’s 2028 Growth Projections foresee growth in Uzbekistan of 4.5% annually over the coming decade, ranking in the top quartile of countries globally.

Another remarkable fact: since 2003, Uzbekistan has added 31 new products since 2003. For example, over this period, Kazakhstan added 15, Pakistan – 21 and Tajikistan -10.

The implementation of the tasks mentioned in President’s Message to Parliament will further increase the economic potential of Uzbekistan and, ultimately, increase the well-being of the population.

the Center for Economic Research and Reforms

Targeted introduction of international certification standards to be undertaken at enterprises
29.09.2020